Among the strains of coronaviruses, COVID-19 is unique due to its structural complexity with a crown-like appearance (that gives it its name) under an electron microscope. The virus is protected by an envelope that contains proteins that serve as its replication units. Because many of these genomic features have never been seen before, it will take pharmaceutical companies  a long time developing a drug that would target the replication ability of the virus.

Because of its uniqueness, science communities all around the world face  challenges studying both the virus and how it interacts with our bodies to develop specific treatment. Most experts estimate that it will take between 12-18 months to develop, test, and approve a vaccine. The primary issue facing vaccine research is that too small an exposure won’t create the needed antibodies, while too strong a dose might get users sick. Our best hope until a vaccine arrives is finding treatments that either interrupt the virus’s reproduction (anti-virals) or alleviate the most severe symptoms. 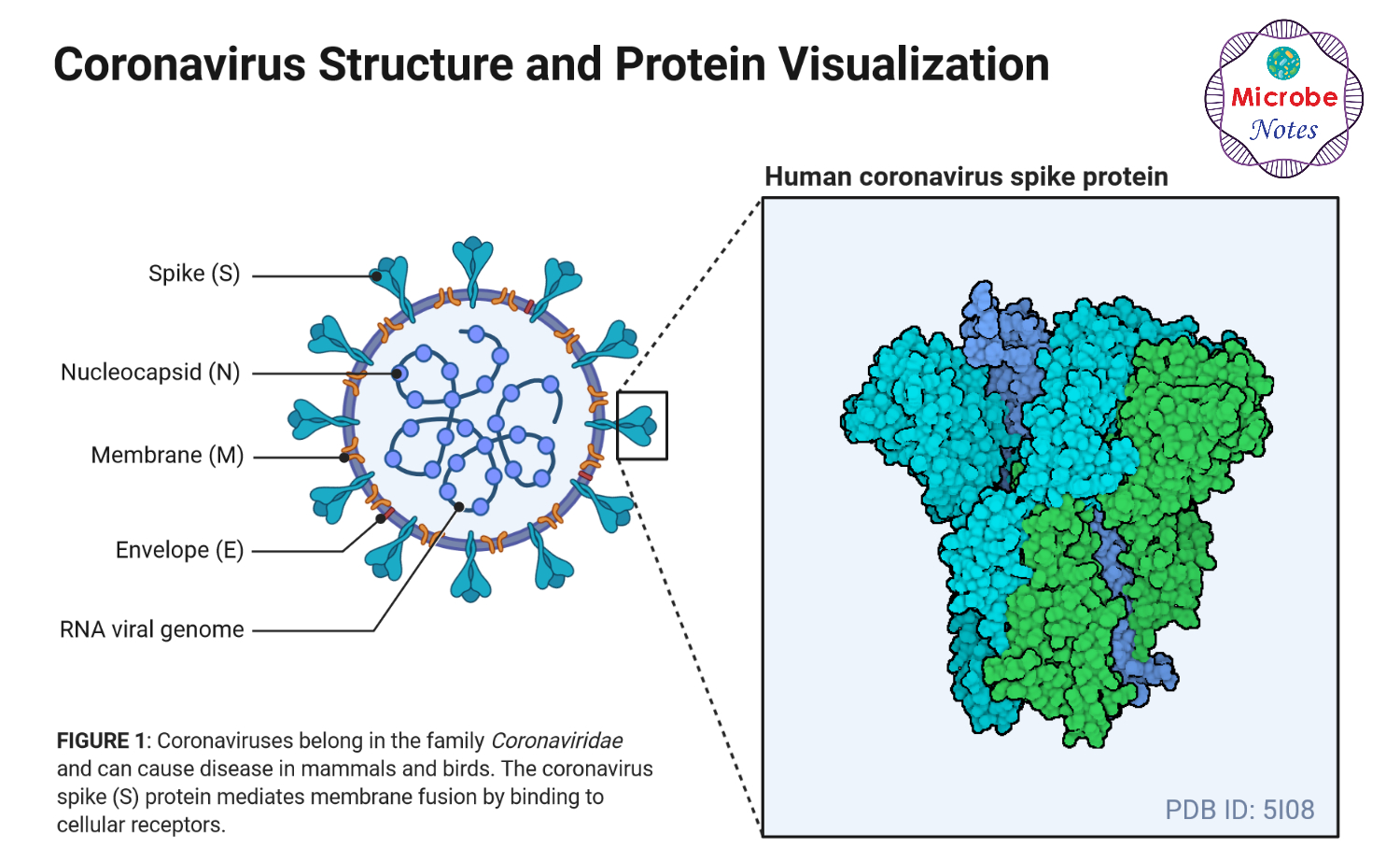 Diane Griffin, a professor of Microbiology and Immunology at the Bloomberg School of Public Health at Johns Hopkins University, said that viruses replicate in cells, so it’s hard to find drugs that target the virus, but don’t damage the cell. Purposely, the antiviral drug must attack the components of the virus, as reflected in the image above, to prevent it from replicating. Another factor is how our bodies would respond and makes antibodies that would defend us. The virus can cause a lot of damage even before the immune system gets its defenses.

The World Health Organization (WHO) recently launched its Solidarity program, encouraging countries globally to participate in the clinical trial of four readily available drugs, one of which is to treat malaria. At present, the most effective medical intervention against COVID-19 is prevention. The hand soap in your bathroom is a lipid solvent that disrupts the viral structure. Ethanol and chlorine can also kill this virus on surfaces, but of course cannot be used once it is replicating inside someone’s body.

An Outbreak of Pseudo-Science

Lacking known treatment options, countries around the world are promoting their own idiosyncratic health recipes as potential life-savers. China used Traditional Chinese Medicine during it’s outbreak and is promoting this unscientific treatment abroad. The Philippines, on the other hand, has been studying the antiviral capability of Virgin Coconut Oil as presented by the University of the Philippines, Philippine General Hospital. The ruling Bharatiya Janata Party (BJP) party in India has been promoting the consumption of cow urine and excrement as a potential cure.

The American government has now joined the pseudo-science frey with President Donald Trump promoting chloroquine. Chloroquine has been used to treat malaria for about 70 years because of its ability to block viruses in binding cells and consequently replicate them. Preliminary trials have been made on chloroquine and hydroxychloroquine testing the effectiveness in different doses. The original French study that put chloroquine in the international spotlight has been retracted by the publisher for not meeting scientific standards. At least one person has died following Trump’s advice and people who need the medicine for other conditions now have trouble finding any.

As previously mentioned, a targeted treatment for the COVID-19 structure is needed together with a vaccine as a preventive measure. Old and existing drugs may work as a relief but supporting clinical data is necessary. It may impose more harm than beneficial effects. In the meantime, the use of these drugs is harmful and ineffective.

Since there is no specific treatment available right now, the available option would be broad-spectrum antivirals until the specific drug becomes available.

As biotech companies are still on the run for the right drug, Gilead Sciences is stealing the limelight for its development of Remdesivir. A promising drug that underwent animal studies for Middle East Respiratory Syndrome (MERS-CoV) and severe acute respiratory syndrome (SARS), hoping it could also have the same effect with COVID-19.

Remdesivir’s mechanism is yet to prove its specificity, but it works in destroying the virus replication feature. It blocks the virus from copying its own genetic material and subsequently replicates in cells. It was also reported that the US, China, and Italy are using this drug on critically ill patients only as this drug hasn’t received approval yet.

On the other hand, Fujifilm Corporations’ Avigan’, another very promising drug from Japan, is taking orders, including the Philippine government. According to its website, Fujifilm Corporation said that it “prevents the propagation of viruses” as it was also first used as an influenza antiviral drug in 2014

Finally, another therapy that was already backed up with the science of Immunology and practiced in hospitals is the use of “convalescent plasma”. I just wanted to stress out that in the treatment of COVID-19, it always takes two to tango. First would be the use of drugs, and second, would be the back-up response of our immune defenses. Convalescent plasma is a therapy that uses a fraction of blood from patients who recovered from COVID-19. This plasma portion of the blood was packed with antibodies that if infused unto seriously ill patients, it triggers the release of immune substances that will destroy the virus.

The Philippines has considered this and currently on the experimental stage after three COVID-19 survivors underwent donor screening for plasmapheresis. We hope that before this pandemic will be almost over, we still have the chance to use these treatment options.

This site uses Akismet to reduce spam. Learn how your comment data is processed.