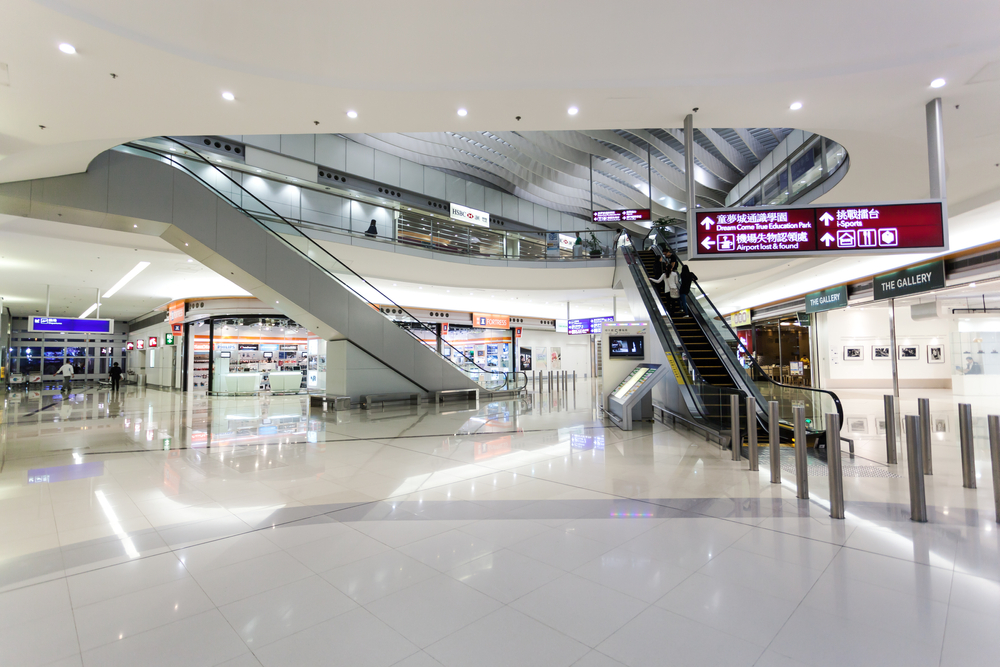 As of 9 April, Hong Kong has 974 COVID-19 cases, resulting in 664 hospitalizations, and four deaths. Hong Kong’s first two cases were on 22 January, when a man, age 39, developed pneumonia after travelling from Wuhan to Shenzhen to Hong Kong. Another man, age 56, tested positive; he had also visited Wuhan the previous week. The first ten cases were all connected to people who had either recently lived in, or visited, Wuhan. The 11th case confirmed was the daughter of patients nine and 10 and would be the first confirmed case with no recent travel history. Although community transmission was relatively limited throughout February, Hong Kong reached case 100 on 2 March.

With the effective reproductive number (r_0) in Hong Kong at .9-2.7, a slow increase in cases will likely continue throughout April. Cases spiked in late March, with 456 cases since 26 March. Most cases were connected to a second wave originating from Europe and the United States. However, community transmission has become a prevalent concern, resulting in such scenarios as 225 patients and health workers from Pok Oi Hospital being quarantined after a COVID case was unknowingly treated in common areas, or 130 riot police from West Kowloon being quarantined after a sergeant in their ranks tested positive.

Through Hong Kong’s Health Authority efficient strategy of virus mapping and contact tracing, most cases are caught before they are able to unknowingly transmit the virus. Citizens have readily partaken in social distancing and wearing masks, effectively forcing the Hong Kong society as a whole to take COVID-19 deadly serious via social pressure. Many of the early screening and hygienic practices – masks, endless hand sanitizer, use disposable sticks in public hotels, separating and limiting desks in eateries, working from home, mandatory fever checks – were implemented by citizens due to their memory of the 2003 SARS outbreak.

The health situation in Hong Kong is improving, but remains tense. Due to an incubation period of 6-14 days (median being four to five days) for symptom development, and the transmission readily occurring during the asymptomatic phase, there is concern any relaxation in policy could initiate larger outbreaks.

On an optimistic note, the very low level of COVID-19 deaths to date indicate that there were only a few hundred (150-300) First Wave infections in Hong Kong. Of those, somewhere between one-third and half of them were discovered through contact tracing and testing. A back-fitted CFR to cases in early March would show a CFR of about 3%, fairly close to Korea’s 2%. It will take a few more weeks to get a sense of how much of the Second Wave was detected.

Late March travel restrictions barring entry from overseas non-residents and enforcing a 14-day quarantine reflect a part of the strict, but necessary, series of decisions Hong Kong has made. This week, the travel ban was increased to encompass all non-residents arriving until further notice. Groups of more than four have also been restricted, with fines coming for those who refuse to break apart, the first fines landing on a group of six chess players.

Restaurants and bars have also been temporarily banned from selling alcohol, while many more are operating on limited hours or on takeaway basis only. This has had an additional effect of putting hundreds of McRefugees – low-wage workers who shelter in McDonald or similar overnight restaurants – back onto the street, increasing their mental and physical health risks. The poor and homeless are not the only ones who are on the low rung of society without a plan. Foreign Domestic Workers have been fired en masse and left out of any stimulus packages.

Government quarantine measures have also been scrutinized due to inconsistent requirements. Some have been allowed to complete their quarantine in home, while others have been asked to stay in a hotel, and still others in a quarantine camp. A recent CNN report, however, suggests there is a waitlist, possibly up to a weeklong, for those who need to be quarantined. Once inside the camp, most things are reportedly running efficiently.

Furthermore, for those who were home or hotel quarantined, a bracelet with an associated mobile application was utilized so public authorities could ensure the quarantine was being followed. Only a third of the 6,000 bracelets handed out to returnees in late March were activated, while those who did activate the app experienced trouble with the functionality; other bracelets simply did not work. Functioning or not, the wristband served as a reminder for the 50,000 people who have been on home quarantine orders thus far. Others still broke quarantine, several of whom were arrested, sent to the stricter quarantine camps, and are now facing prosecution.

While the government continues to plan methods for controlling the outbreak of COVID-19, they have also begun to plan on resurrecting an economy slipping into a deep economic recession. Dane Cheng, executive director of the Hong Kong Tourism Board, announced he has plans to, at best, resurrect the tourism industry in July. Tourism was down 96.4 percent year-to-year in February, mostly as a result of COVID-19, correlating with a retail sale drop of 44 percent and a high-end retail drop of 78.5 percent. Home realty purchases have also fallen to a four-year low, with many sellers exiting the market at panic-stricken lows.

To counteract the economic slide, a 10,000 HKD cash handout has been set for every permanent resident. Retail businesses are set to receive parts of a 5.6 billion HKD this month, with chain stores eligible for up to three million HKD, and smaller businesses eligible for 8,000 HKD. The Hong Kong government will also buy 500,000 airplane tickets to subsidize the airline industry. A additional 137.5 billion HKD stimulus package was announced this week, including job security provisions such as 50 percent wage subsidization.

Two tourists, a female age 52 and a male age 66, became the first Macau cases on 22 January. The next cases were caught on 26 January when three females, unrelated, from Wuhan developed symptoms. Two had arrived via the Lotus Bridge, while the third had arrived in Macau via Hong Kong, simultaneously sparking fears of possible further transmission in Hong Kong. Universities and primary schools were immediately closed, while Lunar New Year events were either cancelled or severely limited. Five more cases would be confirmed through 4 February. Although suspected cases were still being sent to quarantine, there would be no new cases for the next month and by 6 March all ten cases had recovered. A second wave would breakout on 15 March, with cases incrementally growing over the next month, now sitting at 45 on 9 April.

Macau has been one of the few regions to experience relatively limited case growth, resulting in a slow re-opening of casinos, the staple industry in Macau, and school while maintaining fever checkpoints, public mask wearing, and strict sanitary measures, in practice. Casinos were re-opened on 20 February, but remained relatively empty. The government was heavily criticized for initiating this re-opening, as most parks and other public places were to remain closed.

Schools and sporting facilities also planned to re-open in the near future, until the second wave sparked resulting in schools being indefinitely postponed until 19 march. Due to global spread, any non-residents of Hong Kong, Taiwan, or mainland China, or those tourists who had recent travel history, were prohibited from entry starting 18 March.

Although Macau’s cases have been, compared to the rest of the world, low, the government’s policies have not come without controversy. Citizens pleaded with the government to close borders in January with mainland China, but did not do so, instead opting for medical and travel history check forms, as well as fever monitors at all crossings. There was also a rush on mask buying early on, resulting in scalpers and scams. This resulted in the government allocating the purchase of masks and opening an online portal which monitors where masks are available.

Due to the economic downturn, there was also rampant rumours regarding paid-leave for all employed residents. The government not only dismissed the rumours, but threatened political prosecution for those who made up rumours. Throughout March, citizens suffering from the economic fallout have been increasingly critical of the government, leading to this increase in rumours. Nearly 75 percent of the labour force is tied to the gambling and gaming industry, and with an 80 percent year-to-year decline in gaming revenue for March, livelihood is facing deterioration.

After the pointed criticism on opening casinos before parks and schools, putting revenue before perceived public safety, the Macau government has turned to focusing on non-gaming businesses and citizens. A stimulus bill announced on 9 April will give each citizen an additional 5,000 MOP voucher, on top of the earlier 3,000 MOP. Sections of the 10 Billion MOP bailout will go to small and medium businesses, while other parts will go to welfare and employees in the form of a one-time 15,000 MOP.

The reproductive number of COVID-19 in Macau is likely lower than neighboring Hong Kong’s r_0 of .9-2.7. However, the limited cases do not implicate restrictions can so easily be lifted. The small, but concerning spike, in the middle of March showcased the importance of slowly raising social distancing measures. Although new cases were not tied to the re-opening of casinos, the criticism was aptly made. Had casinos been fuller upon re-opening – only a third of tables were operational – the second wave could have been deadly. There is controversy on whether to keep parks open, but the case to keep them open for exercise seems to be winning. Opening parks for an otherwise stagnant population due to severely limited employment operations may be a wise option for the Macau government.

The decision to close schools for the time being is another controversial decision, despite much of the world following suit. There are suggestions that social distancing via school closure has nil effect, while other research suggest otherwise. Opening schools at this point in the academic year may be unrealistic, but the government should take a close look at how to implement a safe plan for the summer academic year.

The small special administrative region is an example of the dangers present in sudden re-opening before a global vaccine is administered. The economic fallout from limited tourist activity may continue due to restrictions on travel from countries with uncontrolled outbreak, and the temptation to re-open will be strong. Maintaining safe and studied measures, easy to withdraw should there be a sudden cluster, will be very important. Macau’s small steps to return to a new normal – mandatory masks in public, limiting public spaces, and ensuring no one is closer than two meters – throughout their industries is a microcosm for the rest of the world to study.

This site uses Akismet to reduce spam. Learn how your comment data is processed.